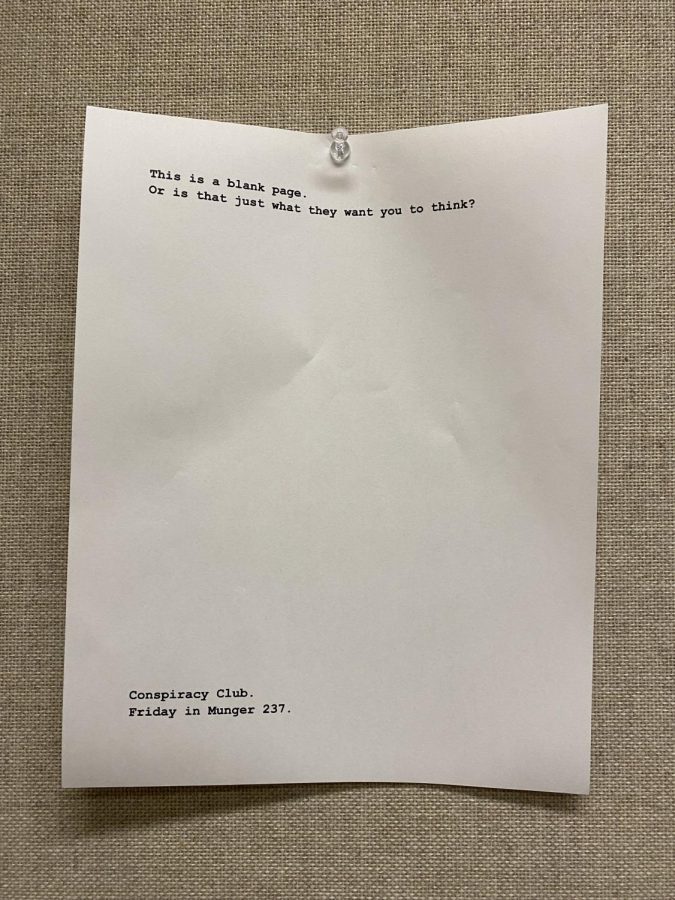 Conspiracy Club had an enormous turnout on its opening day, Friday, Sept. 9. The club is led by Aidan Elson ’27 and Luke Rascoff ’27, avid conspiracy theorists who aim to bring awareness to their many theories. The club created a tight knit community of people who want to be able to feel supported in sharing their conspiracy theories, including Head of Middle School Jon Wimbish.
“I’d say our goal is to mainly expand the club, and create a fun environment for conversation around conspiracies,” Rascoff said.
During the meeting, club members discussed their thoughts and watched a short documentary about the idea.
“The club is very chaotic but is super fun if you know your fellow conspiracy theorists,” Donna Enayati ’27 said.

The SPECTRUM • Copyright 2023 • FLEX WordPress Theme by SNO • Log in

Donate to The SPECTRUM
$0
$500
Contributed
Our Goal
Submitting donation...

Thank you for your donation!