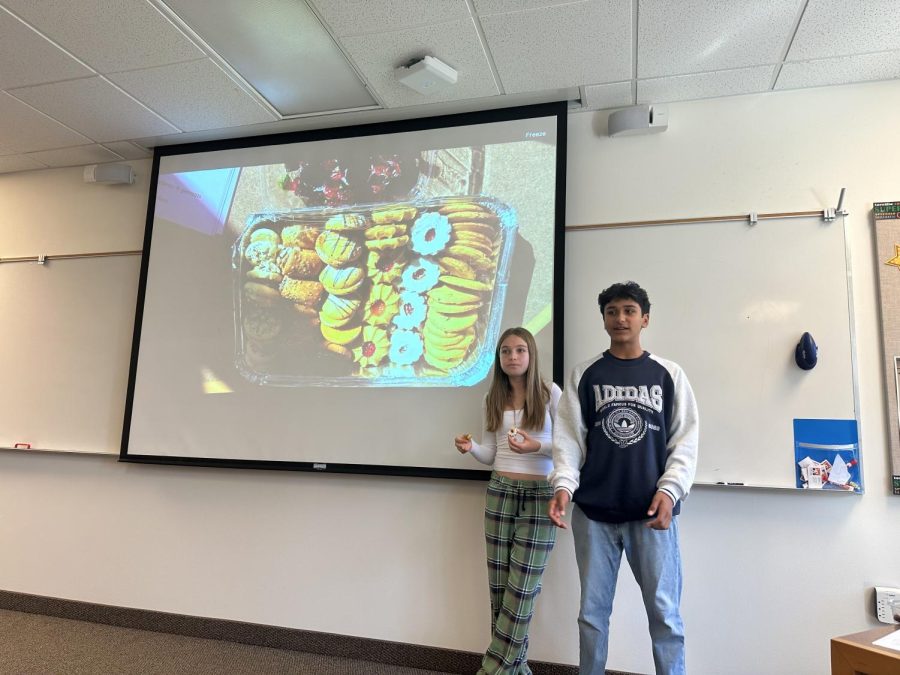 MENASA leaders Ellika LeSage ’26 and Dhara Jobrani ’26 explain the desserts on offer as displayed on the doc cam in a classroom at break on Tuesday, Sept. 27.

An affinity for MENASA

MENASA meets on Tuesdays at break

MENASA, the Middle Eastern and North African Student Alliance at Harvard-Westlake middle school, is an affinity space that meets on Tuesdays at break. During meetings, leaders lead discussions on prominent social justice issues in the community. They also introduce other students at HW who aren’t a part of the community to traditional foods, including a tasting of Middle Eastern and North African snacks and desserts.
“There’s a lot of under-representation of MENA people in our community and there are stereotypes that are prevalent in the media.” co-leader of MENASA Ellika LeSage ’26 said. “So as leaders of this club, we aim to break boundaries and bring together MENA people and the larger HW community.”

The SPECTRUM • Copyright 2022 • FLEX WordPress Theme by SNO • Log in

Donate to The SPECTRUM
$0
$500
Contributed
Our Goal
Submitting donation...

Thank you for your donation!