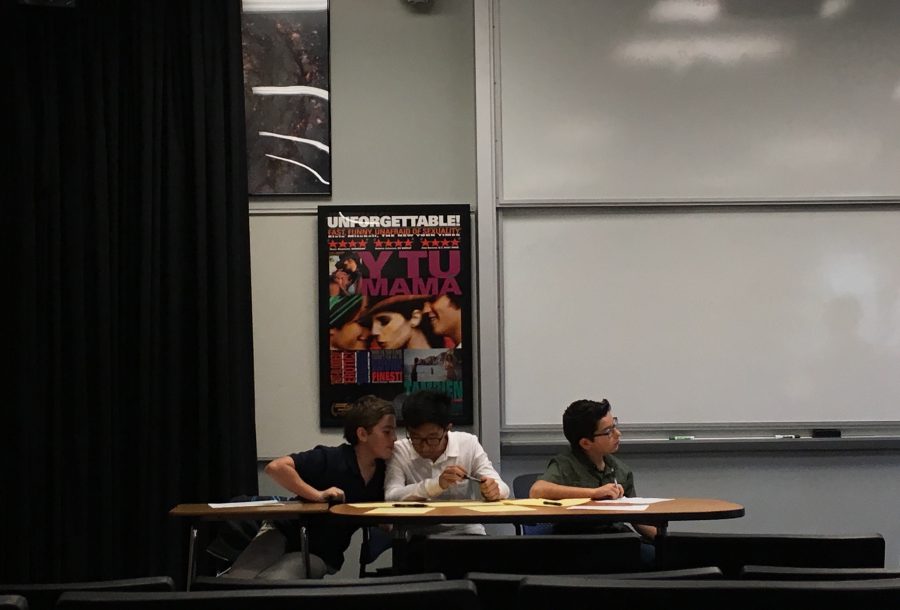 By Laura Kors ’21
The Upper School hosted the Harvard-Westlake Debates from Jan. 11 to Monday. 320 debaters from 65 schools and 10 states came to the Upper School to compete in a variety of debate styles. Both middle and upper school students competed at and volunteered to help run the tournament.
The first two days of the tournament were the debateLA round robin, where top level Lincoln-Douglas debaters competed against each other.  The main tournament started on Saturday, and it had Novice and Varsity divisions of LD as well as a World Schools division. On Monday, middle schoolers competed in the Middle School Public Debate Program, and Varsity LD elimination rounds were completed.
Tessa Augsberger ’22, who won the Novice division, said she enjoyed the tournament and being with the team.
“It’s a bonding experience with my teammates, and it’s really satisfying to win and come full circle after you spent the whole weekend there,” Augsberger said.
Monday also featured a public World Schools debate about Civil Rights Issues featuring members of Team USA.
Other debaters enjoyed volunteering at the tournament together and watching rounds.
“I think that helping out was a great way to bond with our team because most of our teams goes to the Upper School. It was also a great opportunity to watch nationally ranked debaters and learn how to improve our debate skills,” George Zhang ’21 said.